Flowers of Ezemvelo by Marion Gohier

Flowers of Ezemvelo by Marion Gohier

Animals should not be the only thing that springs to mind when someone mentions South Africa’s biodiversity. Plants are also very important and define South Africa’s habitats and biomes. And they are important for many of the big burly mammals that everyone is attracted to.

Among the different biomes that we can find in South Africa, grassland is the largest of them and its biodiversity level just follows that of the Cape Floristic Kingdom. As you may already know, grassland does not only consist of grass species, but this biome also includes a large diversity of wildflowers.

Summer is actually the best time of the year to see these wildflowers as it is the time during which most of them flower. The grassland on Ezemvelo Nature Reserve in Gauteng is no exception, and bursts of colours have already started showing amidst the green grass.

One of my favourite flowers is Cleome maculate, which is also known as ‘Pretty Lady’ in English. This purple flower with yellow markings started to cover the ground in some areas of the reserve, making a very beautiful purple cover.

Pretty Lady
Ezemvelo Nature Reserve is also very lucky to be one of the few nature reserves that has a viable population of the rare and endangered Frithia humilis species, which is also commonly referred to as ‘Fairy Elephant’s Feet’.

This succulent species is endemic to South Africa and only occurs between Bronkhorstspruit in Gauteng and Witbank in Mpumalanga. This beautiful small flower does not grow more than 30mm above the ground, and during winter, which is the dry season, the plant withdraws beneath the soil to avoid desiccation, thanks to its contractile leaves. It is a very small white and pink flower, so keep an eye out for it on the ground. 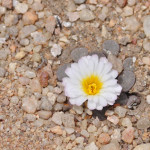 Fairy Elephant’s Feet
As we are not a Big Five nature reserve, guests can go hiking freely on Ezemvelo Nature Reserve to enjoy the beauty of the landscape and the different flowers blossoming there. These include African wild potato (Hypoxsis iridifolia), narrow-leaved morning glory (Ipomoea bolusiana), baboon’s tail (Xerophyta retinervis), and Matabele violet (Clerodendrum triphyllum). 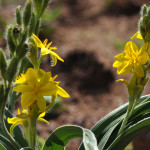 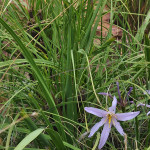 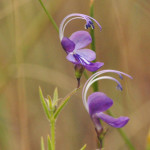 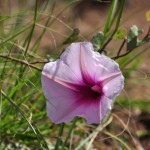